Let’s Give a Little Background, Shall We?

When I got orders to Monterey, California in 2013 at the Naval Postgraduate School, I never thought I’d find myself impacted spiritually so greatly (directly and indirectly) by any of my coworkers. I was serving as an enlisted mass communications specialist and Nikki had a civilian role which included lots of independent work. You might say it was kismet that we met.

Nikki was working full-time, finishing up her degree, committed to her yoga practice and dedicated to a cause that was set up to impact a great deal of children over 8,000 mi across the world. I was inspired by Nikki’s selfless spirit, especially as I was in the middle of great depths of depression and feelings of isolation. Nikki always came to work with a carefree energy that permeated beyond her office and throughout the cubicle-laden shared space us blue-collar enlisted grunts were banished to.

Nikki was actively saving for an extended trip to Tonk Rajasthan, India, in support of a non-profit school of more than 250 students traveling from rural towns for access to a free education. She’d been finding ways to raise money to equip the school with Internet capable computers to aide the students in their pursuit of higher education, jobs and information to share with their families. Nikki gathered funds online, hosted charity events, and tabled every weekend at a local market to gather funds in support of the cause. She, alongside a couple of her friends, was able to collect all of the funds needed to provide the school with four computers and access to the Internet for a full year on their dime.

After graduating from undergrad and with all of the funds she needed to make her trip, Nikki set out on her journey to India where she taught and studied yoga while giving to a community worlds away from home. We kept in touch, digitally, as we both progressed and grew in our truths. She told me that she’s further along her journey than she’d ever imagined and after opening her own yoga practice and other spiritual awareness community initiatives, Nikki is setting out on a new journey to integrate in her yoga practice. She’s embarking on mastering one of the world’s oldest holistic medical practices: Ayurveda. I interviewed her to learn all about her practice and why she was inspired to pursue this healing system. Let’s take a brief guided-yoga intermission, led by Nikki. Following, I’ll share all the deets if you want to learn more. Leave a comment and tell us what you think! 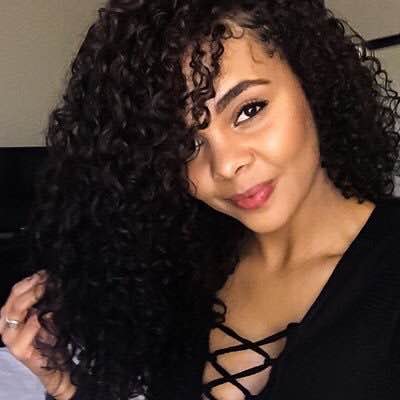 Creating and inspiring awareness, balance + fulfillment in all aspects of life. Explaining it all #OnTheBlog ✨Grow with me.

Follow Her On Instagram
She'll be creating more informational videos as she pursues her studies. Don't get left out of the loop.